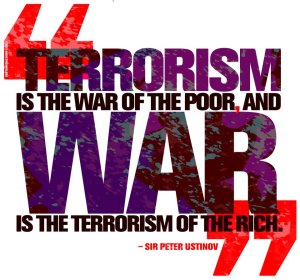 Too many people want to legally have government take money from you by Force to pay for what they think are good ideas of which common sense tell us otherwise.  All these uses of Force require your money and there are just too many people who are willing to take your money from you without your consent.  Of course there are those that are willing to represent you but really believe that they know better than you “what is in you and your neighbors best interest.  There are those (politicians, predominantly attorneys) that we know from their history of voting that they are lying to us about what they will and can do. Are they really too stupid to know what laws they can or cannot get passed through the legislative process yet they still lie to us about doing so?  We have the very same problems today as we had 50 years ago and many are even worse now.

I recently heard someone say, that we need to replace all federal agencies with the Department of Common Sense.  Could this really be any worse than what we have?  For the “Bureaucrats” in these various Agencies, it would not be so great, but for the majority it would be a great coup.  We would be able to significant reduce taxation and the cost of government.

However one thing that is necessary and a grave concern is that we are now in a dilemma of having so much government debt that even if we eliminated all of the Federal Government, including the military, the revenues still are less than the interest and unfunded liabilities.  Therefore we must restructure our debt with the various creators around the world, most of them governments, or we will face masses levels of inflation in the near future, if we continue to print money instead of actually solving the problems of excessive government, taxation and regulation

Our society has used the power to tax so high and so long we have bankrupted ourselves, by various taxation and regulatory enactments.  This is nothing new, as each generation attempts to play the same game, with the same or typically worse results. Each Administrations expenses and deficits are generally larger than the last.  After 235 years, many within the majority are no better off today than those who lived under King George. Those who think that an economic collapse cannot happen to this country do not know the history of fiat currency nor have studies the economic cycles of nations. Those that are well off now can be without a job and without a potential income overnight, allowing them to experience what many in the private sector have experienced over the last 5 or 6 years.

The use of Force has not worked. It is a dangerous and destructive game and we have now seen and have the empirical data to show the negative ramifications of a system that uses it.  One group, no matter how it is organized or formed, cannot be allowed to use Force against honest Citizens, or we will continue on this most dangerous and destructive path for all eternity.

In the movie, WarGames (1983), the Norad based computer named Joshua, finally figures out, at the very last moment, that the only way to win, is to not play the game. When are we going to learn that politics is a game that cannot be won, because it must utilize the legalization of Force against honest Citizens. How can a form of slavery, whether it be physical or economic, provide the foundation of an ethical and prosperous society.

Every form of government so far conceived by mankind has failed in almost every conceivable form of death and destruction.  We build our world only to destroy it and kill one another fighting for the power to use Force.  It is the Force of government that should be destroyed before it ends up destroying all of us.

This site uses Akismet to reduce spam. Learn how your comment data is processed.

Join 30 other followers
Follow Jurists 4 Justice; a key to civil society on WordPress.com

Working to accomplish something meaningful.

The Right Of Choice

A social duty to restore the American democratic Republic

Fabulous feminism for all!

Empowering People with Knowledge and Integrity

Spontaneous thoughts on a humble creed

When Judges are politically selected, the Judges will themselves become politicians.

A critical look at the gospels

Sharing information, research and opinions on chain of title, foreclosure and other relevant issues!

about our enemy the state

From the Trenches World Report

Enforce our Bill of Rights

A World Wide Educational Movement That Will Educate on The Philosophy of Liberty, Self-Ownership.

Whistling In The Wind

This blog is dedicated to the Iraqi Dinar

An online Journal by Bill Buppert devoted to the total abolition of slavery and the State.